Bhubaneswar is the capital of Orissa state , it has had more than thousands of temples the city got the title “Temple city of India”. The city has a rich and storied history dating back over 3000 years, making this one of the great religious centers of Orissa since early medieval days. Three places of Orissa Bhubaneswar, Puri and Konark is created triangle forms of “swarna Tribhuja”, the Diamond Triangle, one of the most visited destinations in East India. below is given famous tourist places to visit in Bhubaneshwar. Lingaraj Temple: The biggest temple of all at Bhubaneswar, it is located within a spacious compound wall of dark rusty red rock and represents the culmination of the Kalinga type of architecture. The Hindu temple is dedicated to Harihara, another name for Shiva, and is one of the oldest temples of Bhubaneswar. The temple courtyard lay more than one hundred fifty smaller shrines, on the massive walls of temple plentifully decorated with beautiful sculptures.

Udayagiri and Khandagiri Caves: Carved into immense rock faces, these form of construction are natural and artificial caves, it is gives historical and religious importance. The Caves are located just outside the Bhubaneshwar city approximately 10 Kms on two closest hills, Udayagiri and Khandagiri are believed to be carved out as residential blocks for Jain monks. Visitors will enjoy the notable carvings of the Rani Gumpha (Queen’s Cave), the BaghGumpha (Tiger Cave) and the HatiGumpha (Elephant Cave).

Dhauli Giri: Looking down from Bhubaneshwar, one will see onto the plains that bore witness to the gruesome war waged on Kalinga by emperor Ashoka, Here stand the rock edicts, or carved inscriptions, of Dhauli. 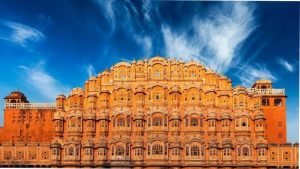