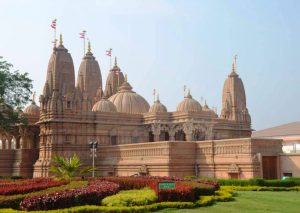 This small Union Territory is comprised of two distinct geographical units, Dadra and Nagar Haveli. It is situated on the Western coast of India between Gajurat and Maharashtra and looks out onto the Arabian Sea. The area characterized as hilly forested terrain especially towards the ranges of the Sahyadri Mountains with the central area being more of a fertile plain environment. Most of the residents are of a tribal background including the majority Varli, nature worshipers who regard the Sun and the Moon as the eyes of God; the Dhodia, hut dwellers that are the most educated among all the tribes; the Kokan, good cultivators who often tattoo their bodies especially their foreheads; the Kathodia, typically living in forests in semi-permanent settlements, who make a meager living cutting wood and making charcoal. The beautiful Garden Vanganga is situated on the main entrance of Dadra & Nagar Haveli and is formed with a central island that is connected with Japanese styled bridges. Though not prominent for major monuments and iconic attractions, visitors seeking a taste of the tribal lifestyle may find Dadra and Nagar Haveli right up their alley.