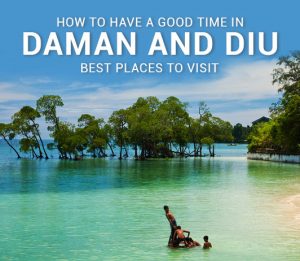 This small Union Territory is actually two individual regions nestled in the west coast state of Gujarat, yet separated by about 300 km across the Arabian Sea. Due to early settlement by Portuguese settlers, the areas have a wide history of Portuguese culture including European themed grand churches as well as richly styled homes. Daman is a small region comprised of Nani-Daman, the downtown area, and Moti-Daman, the old city inhabited mostly by the fishing communities. Tourists from neighboring areas are also attracted to its popular beaches. Diu, on the other hand, is an island on the southern facing coast of Gajurat that relies predominantly on fishing. One of the main draws for this sleepy island is the laid-back environment, which also makes it a draw for the state of Gujarat itself. With such a focus on the bounty of the nearby sea, fresh fish is also a major draw for this small enclave hideaway. Although out of the way for most travelers, those seeking a quiet and secluded corner of the world may just find the atmosphere of Daman and Diu exactly what they are looking for.